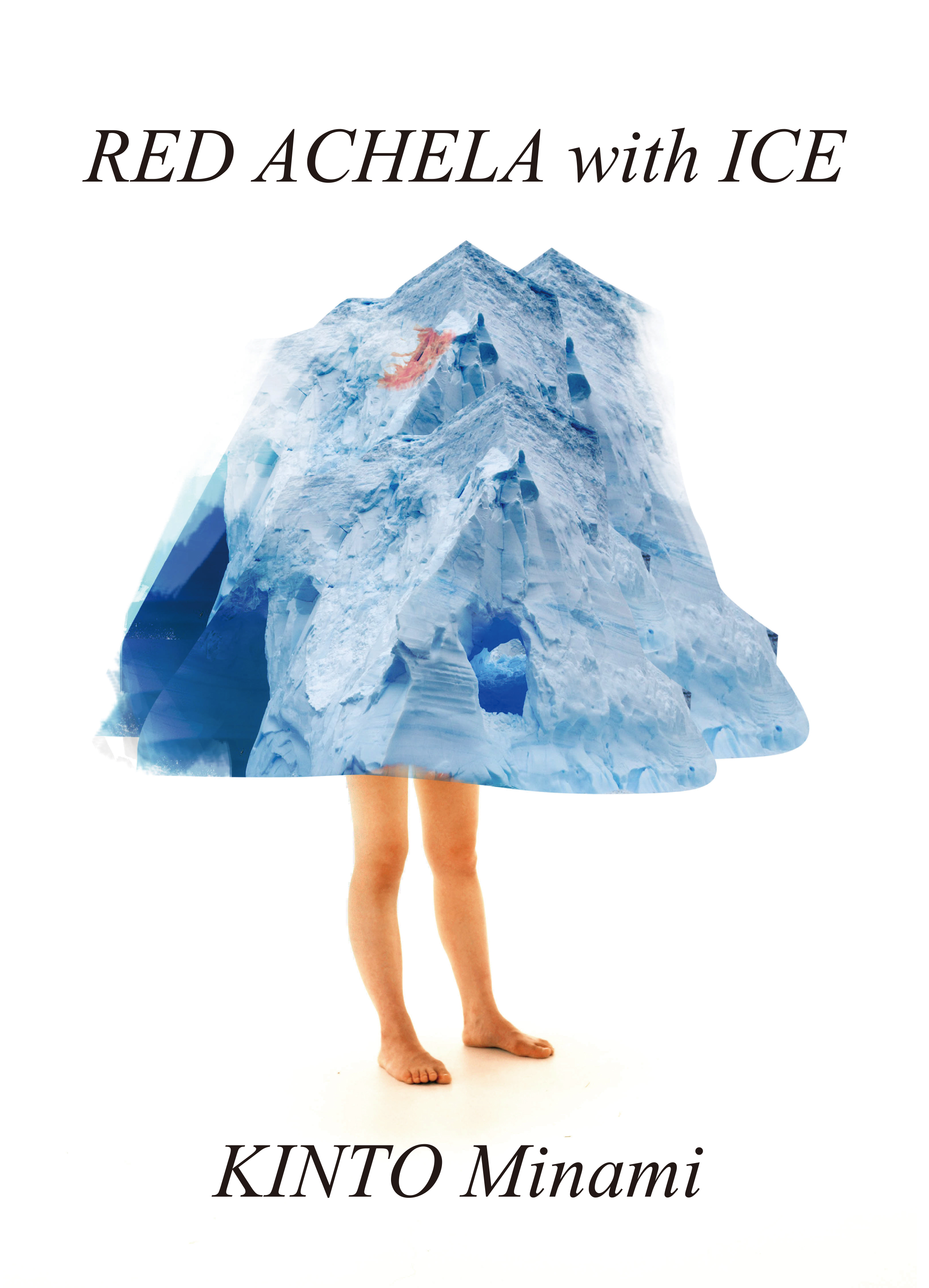 I wrote an application of open call Antarctic biennale!!
RED ACHELA with ICE
This work treats transformation and makes use of my earlier themes, “removing coverings from the body” and “unclassified performance areas.”

In Antarctica,she will mimic.Her body is only the tio of the iceberg.
Her bare feet projected from her iceberg in this time.

During my childhood,I was scared that my body might be cut down by a woodcutter.
Therefore,I started being interested in my existence as a person. Who can replace me?
How people see other people and how they react to other people’s existence.
This red triangle, “Achela”.”Achela “is a creature that I made fictionally. I was inspired by a Japanese monster that is often in a Japanese house,looking like a girl.It is said, she brings happiness.
But she is an invisible girl. Someone can see her,but others can not see.
This story taught us that happiness is found by the people who watch the world carefully. In the movie, some people look at Achela,but others do not.
I did this performance in Tokyo, Korea,Helsinki and so on.
https://kintominami.com/2014/07/01/achela/
In Antarctica,it shows a bare appearance.
For me, Achela started to look more three dimensional with those videos in different places.
Perhaps, she might eventually start walking out of the frame, out of the visual world into reality. 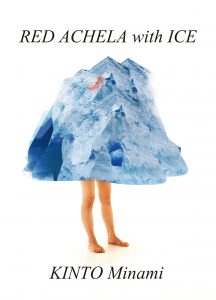 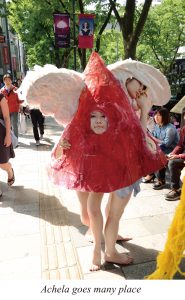 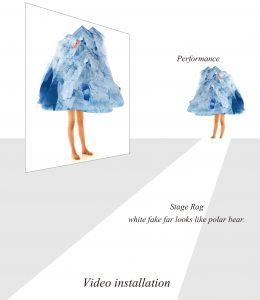 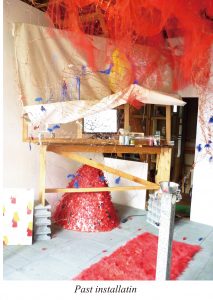 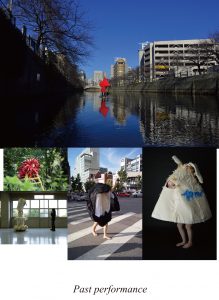 Performance and video installation .For Video, It needs a projector and Projector stand s.Also Panels,900ｍｍ×1800mm,5㎏ ,and speakers,10㎏.That including sounds.
For Performance ,it needs Costume,1000mm×1000mm×900mm(Material:Cushioning boad,feather,acrylic), 10kg .Trandoarent stockings and boots made by acrylics and vinyl and resin, 6kg.
For there stage needs Rug, 1000×10000ｍｍ .white fake far looks like polar bear.